Psalm 147:3 - “He heals the brokenhearted and binds up their wounds.”

Ask anyone in the general public, and the majority will tell you that “food poisoning is no big deal.”  Most folks believe tainted food causes “some uncomfortable stomach cramping, accompanied by some vomiting or diarrhea for about 24 hours.”  This belief couldn’t be further from the truth.

In the United States, approximately 1 out of every 6 people are affected by some degree of foodborne illness every year.  The Centers for Disease Control and Prevention estimates that food poisoning causes at least 128,000 hospitalizations and nearly 3,000 deaths annually.  This means that approximately 2,560 Floridians alone will be hospitalized this year from food contamination, and an additional 60 Floridians will die before the year’s end from tainted food.  To further break this down, this means that food poisoning will be the cause of approximately 38 people to be hospitalized and will cause 1 fatality in every one of Florida’s 67 counties.  Every. Single. Year.

These statistics are staggering.  But while food poisoning or foodborne illness is a general classification, there are actually specific types of foodborne illness that causes different symptoms as discussed below: 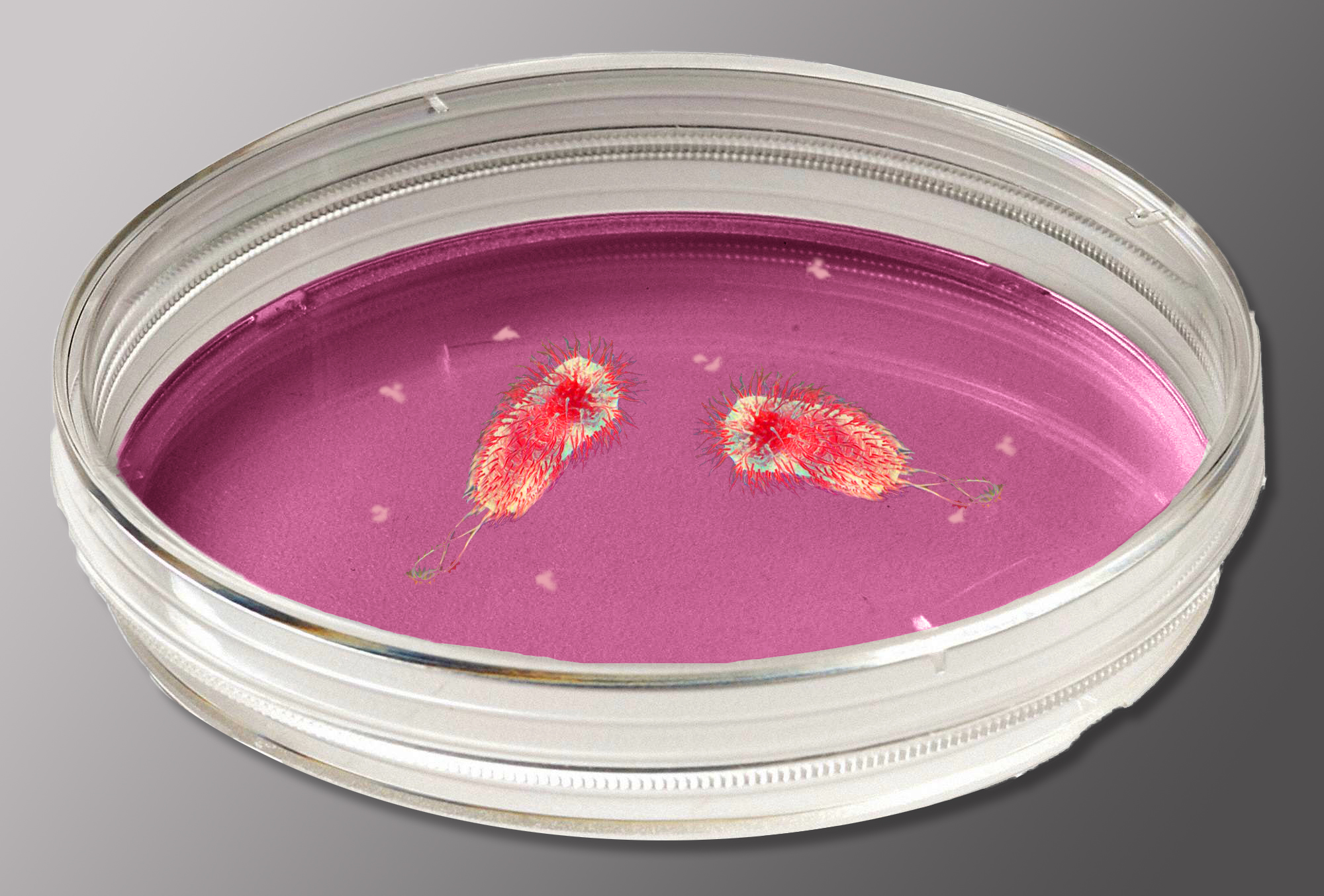 Escherichia coli (more commonly known as E. coli) is a bacterium that actually lives in the intestines of animals and humans and its presence there is completely normal.  However, infections caused by certain strains of this bacteria can make people very sick.  Symptoms include abdominal pain, nausea, vomiting, diarrhea, bloody stools, and the occasional fever, which typically develop between 72 to 96 hours after exposure.

The most common E. coli outbreaks are caused by a strain of toxin-producing bacterium.  Since the toxin is what causes the illness – not the bacteria itself – antibiotics are ineffective.  In fact, the CDC reports that antibiotics and anti-diarrhea medicines can actually increase the risk of E. coli complications.  If you are infected with E. coli food poisoning, your doctor will most likely prescribe an abundance of fluids and plenty of rest.  In severe cases, hospitalization may be necessary to prevent dehydration.

Some of the nation’s most news-worthy E. coli epidemics include:

The Jack in the Box fiasco of 1993.  While there were 4 deaths on the West Coast in California and Washington as a result of contaminated meat sold by the popular hamburger chain, there were literally hundreds of other consumers who became ill.  The outbreak happened so quickly, it caused a national panic and nearly shut down the fast-food chain. As a result of the mass-hysteria, stronger governmental regulations regarding food handling were introduced.

In September 2006, E. coli infections in 26 states were linked by the FDA to Dole uncooked baby spinach.  As a result, 3 people died, 31 suffered kidney failure, and 205 were diagnosed with severe cases of dehydration due to diarrhea.  Further investigation concluded that the contamination likely originated from a cattle ranch that leased land to a spinach farmer.

Just a few months later in December 2006, an E. coli outbreak affected 71 people in 5 states who consumed contaminated lettuce from Taco Bell.  The occurrence was responsible for 53 additional hospitalizations, as well as an additional 8 people developing kidney failure.  Following the incident, the affected states enacted stricter standards for handling produce.

Between October and November of 2015, two separate E. coli outbreaks were linked to Chipotle Mexican Grill.  During the initial outbreak, 55 people in 11 states became ill and 22 were hospitalized.  The second outbreak sickened 5 five people from a different strain of E. coli.   The source of the outbreaks is still undetermined. 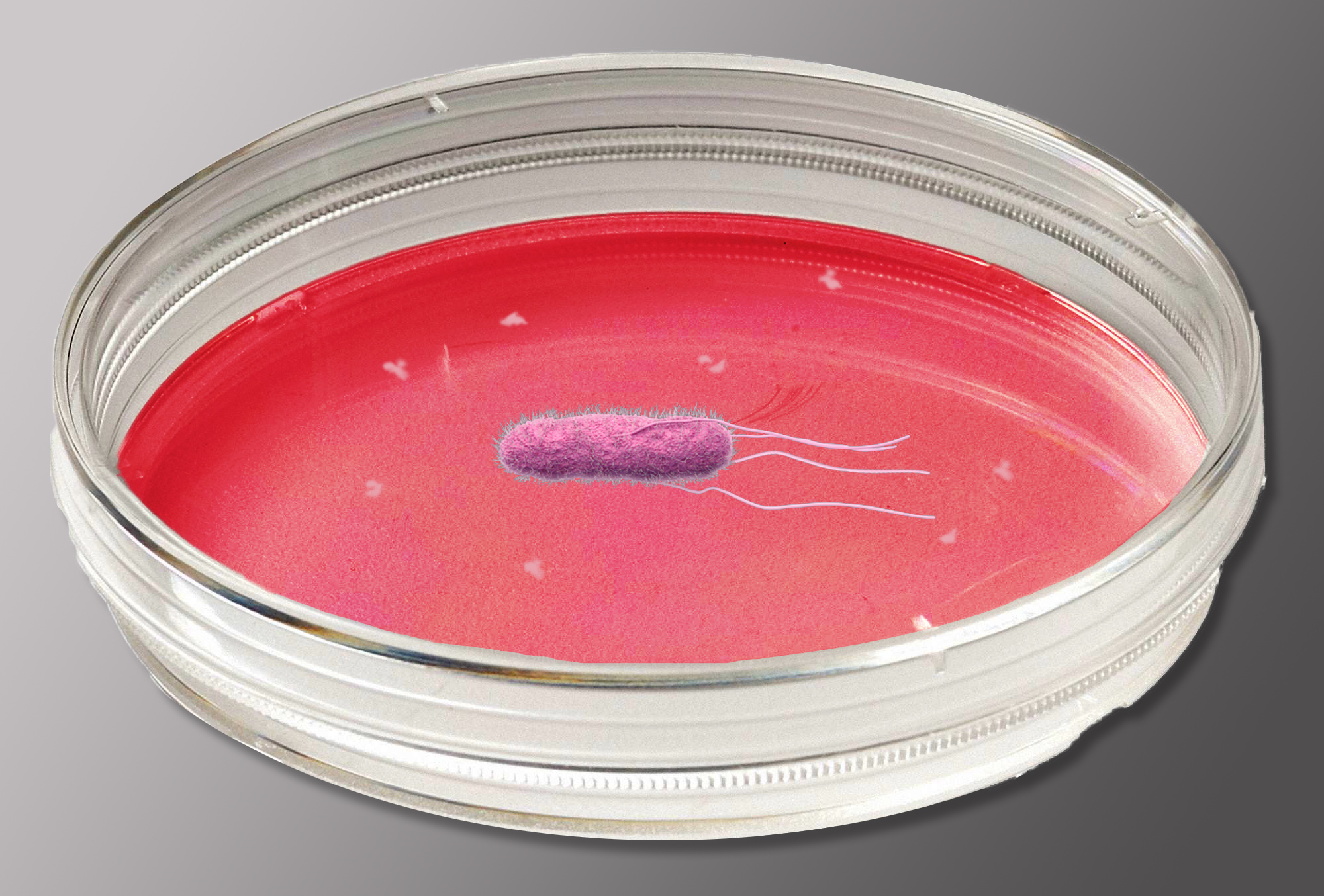 Of all the foodborne illnesses, Salmonella causes the most hospitalizations annually, with roughly 19,000 cases per year.

Most people take 4 to 7 days to fully recover from a Salmonella infection.  Even in cases when they are not hospitalized, it’s not uncommon for them to incur the cost of a doctor’s visit as well as the loss of wages while they recuperate.

Salmonella produces fever, diarrhea, and abdominal cramps, typically from 12 to 72 hours after the person ingests the infected food.  If the case is mild, a doctor will most likely prescribe antibiotics, antidiarrheal medication, plenty of fluids and electrolytes, and they may even administer a saline IV before you leave the clinic.

Salmonella infects food in many different ways, including: unsafe practices on farms, contamination during manufacturing or distribution, contamination in stores, and improper food handling during preparation in restaurants or at home.

Some of the nation’s most notorious Salmonella outbreaks include:

In 2009, the Peanut Corporation of America produced Salmonella-laden peanut butter. As a result of this public disaster, the CDC reported that 714 people became sick and 9 died.

In 2011, the Cargill company recalled 36 million pounds of ground turkey when they learned that the meat had been contaminated with an antibiotic-resistant strain of Salmonella. This outbreak caused 1 death and approximately 136 illnesses across 34 states.

In 2013, 634 people in 29 states (as well as Puerto Rico) were infected with Salmonella from Foster Farms chicken.  Fortunately, there were no deaths.

In 2015, Salmonella-laden cucumbers imported from Mexico by Andrew & Williamson Fresh Produce were responsible for infecting 907 people in 40 states. This outbreak resulted in the hospitalization of more than 200 people as well as 6 deaths. 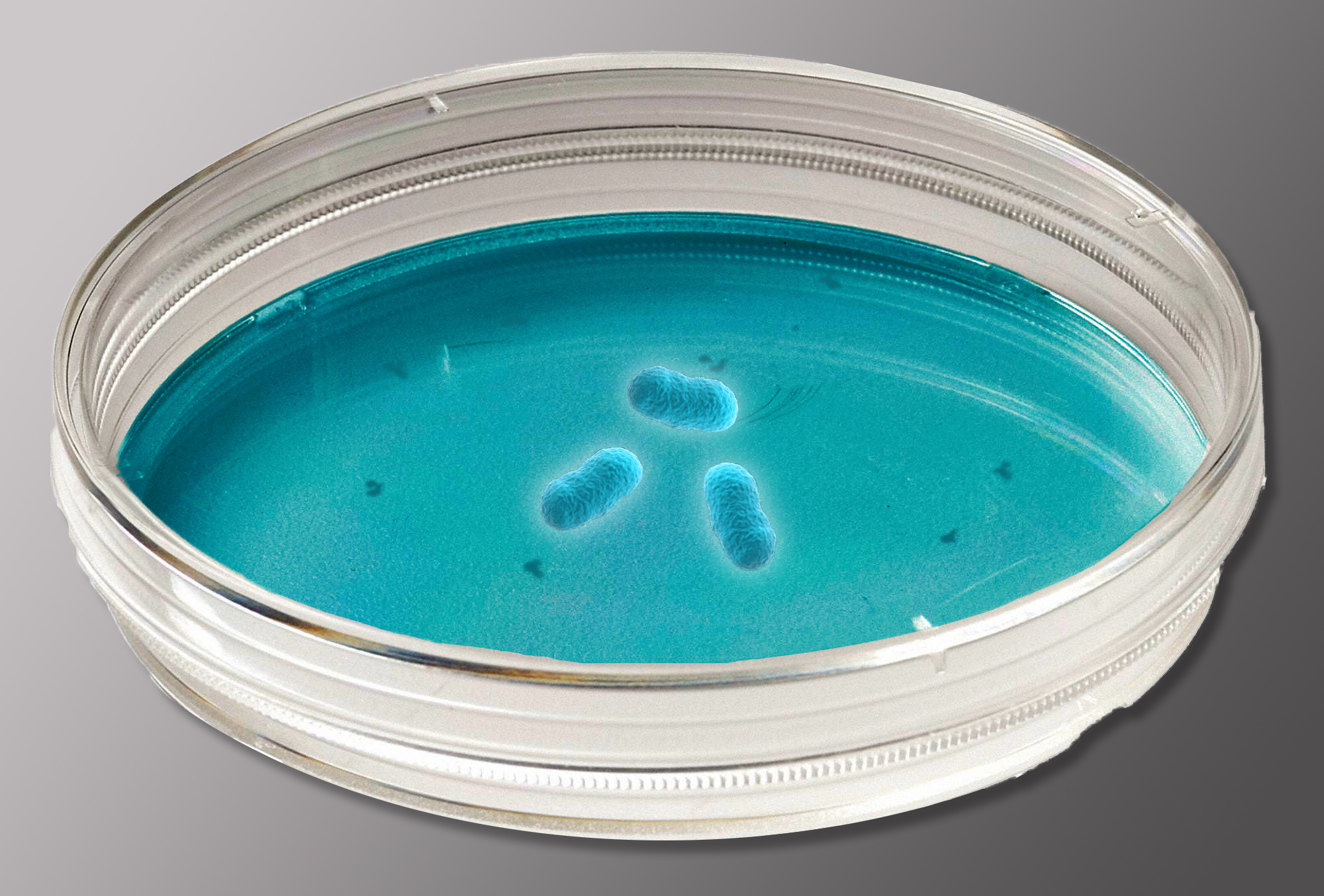 A Listeria infection usually develops a few days after eating contaminated food, though in pregnant women, symptoms can take much longer to present. Symptoms can include fever, fatigue, headaches, muscle aches, confusion, loss of balance, and seizures.  Additional complications for pregnant women can include premature birth, miscarriage or stillbirth, and infection of the newborn.  The treatment for Listeria is antibiotics.

Some prevalent cases of Listeria poisoning include:

In 1985, in Los Angeles County, Jalisco Products’ Mexican soft cheeses were to blame for a Listeria outbreak over an 8-month period.  The outbreak sickened 142 people and killed 10 newborns and 18 adults.  It was also responsible for 20 miscarriages. The Listeria originated in unpasteurized milk used to make the cheeses.

Between 1998 and 1999, Listeria-tainted hotdogs infected over 100 people in 24 states.  The outbreak caused 14 adult deaths and 4 miscarriages. Over 9 different brands of hotdogs were found to source the bacteria.

In 2002, Pilgrim’s Pride sliced turkey was responsible for a widespread outbreak of Listeria in 8 states.  Before 27.4 million pounds of poultry products were recalled, 7 adults died and there were 3 stillbirths.

Botulism is a serious foodborne illness that is often overlooked.  Symptoms usually show up from 18 to 36 hours after ingesting the tainted food.  Symptoms include abdominal pain, muscle weakness, blurred vision, difficulty speaking or swallowing, and may also include partial or full paralysis.

A person diagnosed with botulism requires immediate hospitalization where they will receive antitoxins and supportive care.

March 1977 saw one of the largest botulism outbreaks in United States history.  In Pontiac, Michigan, nearly 60 people became ill after eating hot sauce at Trini & Carmen’s Mexican Restaurant made from improperly home-canned jalapeño peppers.  The popular restaurant had previously used fresh peppers, but switched to canned ones on March 28. The peppers were canned in the fall of 1976, in anticipation of an expected shortage of jalapeños that winter.  Following the outbreak, the restaurant was closed, and the contaminated peppers were seized.

In 2015, the CDC reported the largest botulism outbreak in nearly 40 years (which was the 1977 outbreak described above).  The incident occurred in Fairfield County, Ohio, where 29 people became ill and 1 died from respiratory failure after eating improperly home-canned potatoes used to make potato salad for a church potluck picnic.

Hepatitis A infections from food contamination 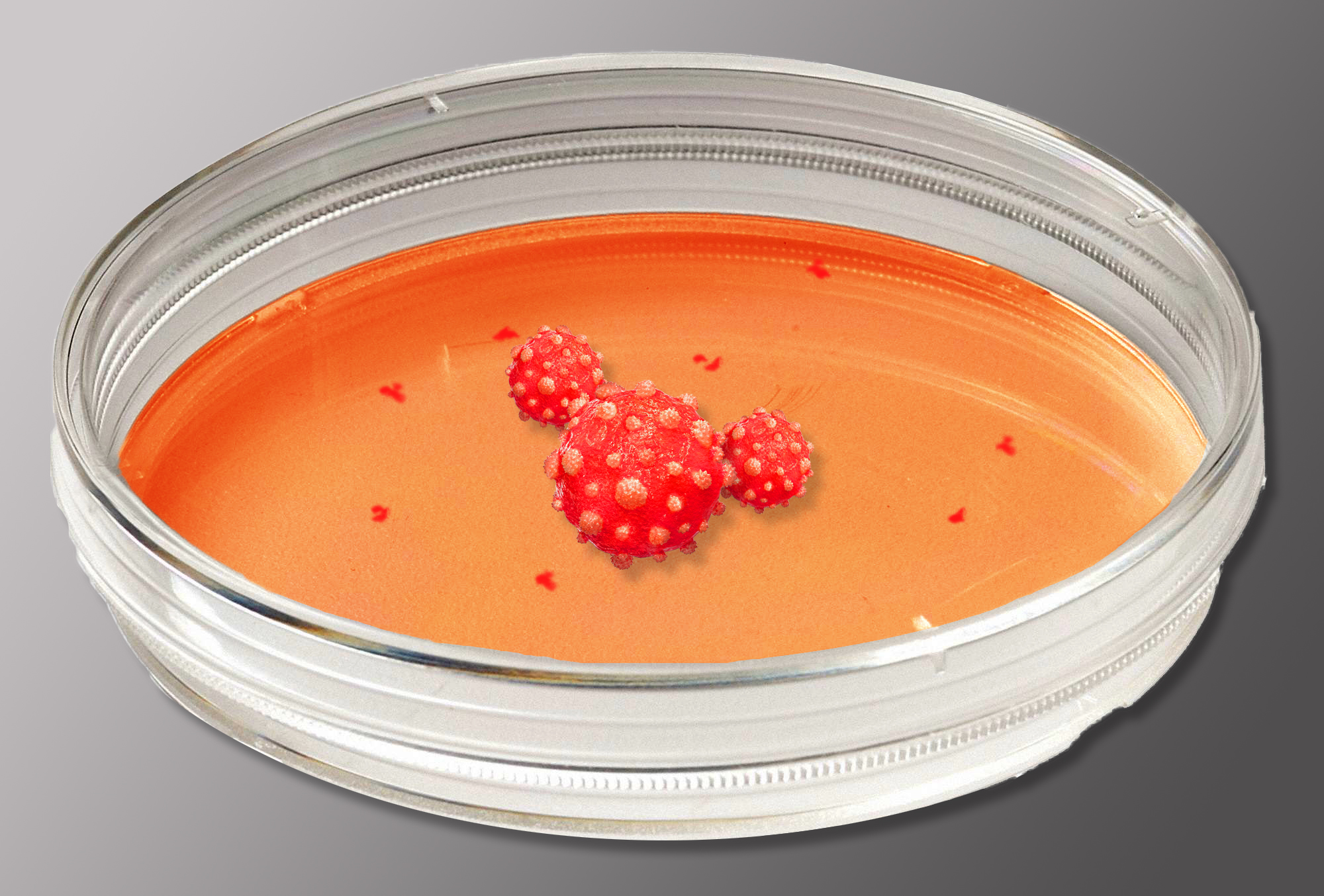 Hepatitis A is a liver disease that causes such symptoms as fever, vomiting, loss of appetite, abdominal pain, joint paint, dark urine, and jaundice.  While there is no specific treatment for Hepatitis A, rest, increased fluid intake, and good nutrition are recommended. Hepatitis A is contracted through contaminated food, water, or the stool of an infected person.  It is the only foodborne illness that can be prevented with a vaccination.

During 1997 in Calhoun County, Michigan, an outbreak of Hepatitis A linked to frozen strawberries affected 153 people. The contaminated berries were distributed to schools across six states as part of a federal school lunch program.

The largest Hepatitis A epidemic happened in 2003, and was traced to a Chi-Chi’s Tex-Mex restaurant located in Monaca, Pennsylvania.  Over 555 people became infected, and 3 more died.  The outbreak was traced to contaminated green onions which were used in the restaurant’s salsa and chili con queso.

In2016, Tropical Smoothie Cafe restaurants were responsible for an outbreak of Hepatitis A in 9 different states. Egyptian strawberries were found to be the source, causing 143 people to contract the disease, 56 of whom had to be hospitalized.

A restaurant with casual attitudes about food safety, employee training, or hygiene may appear to be undoubtedly negligent. However, negligence causing a foodborne illness can be difficult to prove.

If you suspect you are the victim of food poisoning, it’s important that you start gathering evidence immediately.  As soon as you realize you are ill due to something you ate, write down the date, time, and your symptoms. Keep your leftovers in a freezer as evidence.  Ask for copies of doctor’s reports, receipts, and anything else related to your situation.  Then contact an experienced attorney right away.  While other injuries might have the leisure of a long statute of limitations, in a foodborne illness case, time is of the essence.  If an attorney believes there may be a case, he or she will need to preserve the leftover food and send a portion of it to a laboratory to be tested for contamination.

John 6:27 - “Do not work for food that spoils, but for food that endures to eternal life, which the Son of Man will give you.  For on Him, God the Father has placed His seal of approval.”