II Corinthians 1:3-4 - “Praise be to the God and Father of our Lord Jesus Christ, the Father of compassion and the God of all comfort, who comforts us in all our troubles, so that we can comfort those in any trouble with the comfort we ourselves receive from God.”

“Toxic Tort Injury” is a legal term that refers to an injury, illness, disfigurement, or ultimate death that is caused by exposure to a chemical, toxin, pesticide, or other dangerous substance. 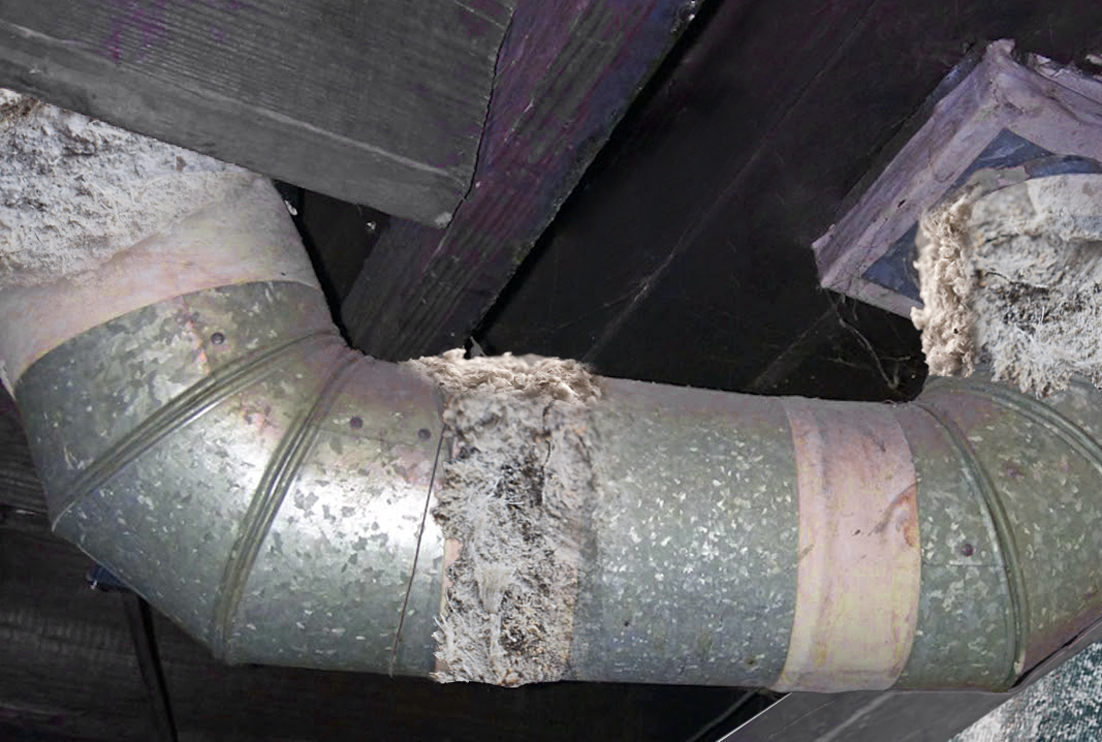 Asbestos exposure and mesothelioma frequently go hand-in-hand.  Exposure to asbestos typically causes serious, if not fatal, complications.  In fact, by 1986, the U.S. government instituted federal regulations on asbestos because it became proven that asbestos was a carcinogenic (cancer-causing) substance.  Even worse, it is not untypical for the symptoms of cancer or other asbestos exposure-related diseases to remain undetected for years after the exposure occurred.

People frequently hear the word “asbestos” and know it’s something bad, but they don’t quite know what exactly asbestos is or why exposure to it is dangerous.  Asbestos is a naturally occurring mineral substance.  Its fibers are soft and flexible, as well as resistant to heat, electricity, and chemical corrosion, which makes asbestos an excellent form of insulation.  Additionally, it can be used to strengthen paper, cloth, plastic, and cement, as well as other materials, and it can also mixed with such materials to make them fireproof.  Because of these fantastic properties, in its day, asbestos was a very profitable commodity.  And it was also very deadly.

How exactly does asbestos cause cancer or other disease?  When exposed to asbestos, people can easily inhale or even swallow its odorless, tasteless, nearly invisible microscopic fibers and/or dust.  Once these asbestos particles enter the body, they never dissolve, and the human body is unable to eliminate them.  Months, years, or even decades later, these foreign particles in the body often cause scarring, inflammation, and cell damage, as well as lung, gastrointestinal, or other cancers, mesothelioma, pleural effusion, asbestosis, or even death! 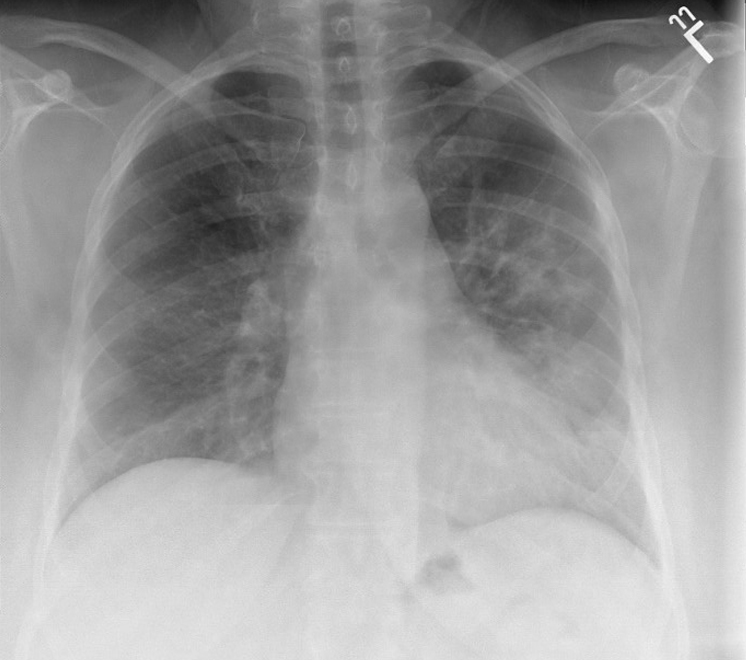 “Mesothelioma” is a word that pops up in the news from time to time, and we’ve all probably heard it at some point.  But the fact is, many people actually don’t really know what it is until they are diagnosed with it.

Every year in the United States, more than 3,000 new cases of mesothelioma are diagnosed.  Mesothelioma is cancer of the “mesothelial tissue.”  (The mesothelial tissue, collectively known as the “mesothelium” is the membrane that forms the lining of several body cavities including the pleura (a/k/a the thoracic cavity), the peritoneum (a/k/a the abdominal cavity including the “mesentery” [the mesentery attaches the stomach, small intestine, pancreas, spleen, and other organs to the posterior wall of the abdomen.]), and the mediastinum pericardium (the sac that surrounds the heart).

Although most mesothelioma cases occur because of exposure to asbestos, some cases are caused by other reasons (such as erionite or other zeolites exposure, radiation exposure, the simian [or SV40] virus, and genetics).  While mesothelioma currently has no cure, the number of alternative therapies is growing.

Because of the location of the body’s mesothelium membrane, mesothelioma can affect the lungs, the heart, the abdominal cavity, or a combination of any of the three.  At first, mesothelioma symptoms are often mild and may not even be recognized as problematic.  But in later stages, the cancer can cause a dry cough, difficulty swallowing, weight loss, fluid buildup, fatigue, shortness of breath, bowel obstruction, and/or a tumor with pain.  As with many other cancers, treatment may include surgery, chemotherapy, and/or radiation.

While these staggering numbers are devastating, there is a silver lining: Because of the high instance of mesothelioma in the Sunshine State, Florida is currently the home to three dedicated mesothelioma-specific treatment centers located in Tampa, Orlando, and Miami.

“Legionnaires’ Disease” is another medical term that makes the news every so often, even though many people don’t know exactly what it is.  In 1976, the American Legion held a convention in Philadelphia.  A short time later, many of the group who attended the convention started exhibiting symptoms of pneumonia.  Upon further examination, it was determined that they all had a specific strain of pneumonia.  This pneumonia was caused by a type of bacteria that was eventually called Legionella, a bacterium that is also responsible for causing the respiratory disease, Pontiac fever.

The year was 1968 when a group of people who visited and worked at the Pontiac, Michigan Health Department became ill with what was then coined “Pontiac fever.”  However, it was not until the 1976 epidemic in Philadelphia that it was discovered that the same bacterium causes both diseases.

According to the Centers for Disease Control, the bacterium Legionella is found naturally in freshwater environments, such as rivers, streams, and lakes.  But because its bacterium only multiply within a specific temperature range between 68° and 113° Fahrenheit, it only becomes a health concern when it manifests in man-made water systems such as sink and bathtub faucets, showerheads, cooling towers, industrial plumbing systems, industrial air conditioning hot water heaters, produce misting systems, decorative water spouts, humidifiers, and hot tubs or spas.  In most cases, Legionnaires occurs as a result of a person inhaling microscopic droplets of infected water.

If a person becomes infected with Legionella, and the bacterium is traced back to its origin, whether it be a public building, a hotel, a cruise ship, a shopping mall, a church, a hospital, a nursing home, grocery stores, a civic center, public indoor swimming pools, health clubs, etc., the owners and/or managers of the infected facility – as well as the engineers who designed the water system (if it was proven to be defective), the party responsible for maintaining the water system, and/or the party responsible for repairing the water system can potentially be faced with legal liability and financial responsibility to the victims of the disease and/or their survivors.

Smokers, older adults, and people with compromised immune systems or autoimmune disorders are especially susceptible to Legionnaires’ Disease.  While prompt treatment with antibiotics often cures Legionnaires’ Disease, many victims will continue to experience related and resulting health problems for the remainder of their lives.

Unlike its cousin Legionnaires’ Disease, Pontiac fever typically causes fever, chills, headaches, and muscle aches, but it does not infect the lungs. It’s symptoms usually subside within 5 days.

Symptoms of Legionnaires’ Disease are typically noticed within 2 to 10 days after its host has been exposed to the legionella bacteria.  Frequent initial symptoms include headaches, muscle aches and pains, high fevers, and chills.  After an additional 48 to 72 hours, the disease’s victim often experiences confusion, forgetfulness, pain in the chest, shortness of breath, a productive cough which may bring up mucus and/or blood, nausea, vomiting, and diarrhea.  While Legionnaires’ Disease primarily affects the lungs, it can also cause other infections to manifest, such as in wounds and in other parts of the body, including the heart.

Illnesses or diseases that can originate in contaminated water include:

Exodus 7:24 – “And all the Egyptians dug along the Nile to get drinking water, because they could not drink the water of the river.”