When a person is significantly injured at work (a teenager working in a fast food restaurant being burned by grease, a home inspector falling off a roof, a young woman working in a gourmet bistro accidentally cutting off a fingertip while fileting a fish, a waitress being hit in the face by a swinging door, a warehouse worker suffering a slipped disc by lifting a heavy crate), it’s never a “small deal.”  But when a person dies while doing their job (a bus driver hitting a slippery spot of road and driving over a bridge, a car falling on a garage mechanic because of a faulty lift, a cleaning lady slipping in floor wax and falling into a glass table which cuts her carotid artery), the event’s horror is compounded.

Workplace injuries and workplace deaths are always dreadful, but they are especially horrendous if you don’t work in the type of capacity where your job duties are considered hazardous.  Think about it:  People such as firefighters, foreign correspondent news reporters, lifeguards, law enforcement, construction workers, and airline pilots might have face certain level of risk as far as work-related injuries in conjunction with the dangerous types of jobs that they do.  Even people who work in such professions as banking, criminal prosecutors, dog grooming, Uber drivers, convenience store cashiers, or real estate agents may have some level of concern about the danger they could potentially face while on the job.

But what if you’re a wedding photographer, a court stenographer, or a substitute elementary school teacher?  Do you have reason to be concerned about your job’s safety?  The sad fact is that all jobs have the potential for injury and/or death.  Don’t believe us?  Just look at the Italian wedding photographer who was accidentally shot and killed by the bride and groom who were posing with hunting rifles used as props, or the number of court stenographers (as well as more than 100 other courthouse employees, some of whom suffered permanent – and some fatal – inflammatory lung conditions) who were affected by the massive amounts of mold in the Polk County Courthouse in the early 1990s, or the Newton, Connecticut mass shooting that took the life of the substitute teacher.

Work fatalities involving transportation accounted for 40% of this total.  Violence and other fatal injuries caused by humans and/or animals increased 23% from the previous year, and were the second most
common cause of workplace fatalities in 2016.

Workplace deaths triggered by exposure to harmful substances or environments in 2016 increased 22% from 2015.  Sadly, there were 500 workplace homicides in 2016, which accounted for the highest number of workplace murders since 2010!  This was an increase from 417 workplace homicides in 2015.  An additional 2016 workplace suicides increased to 291, accounting for the most suicides since 1992, when the Census of Fatal Occupational Injuries began collecting data. 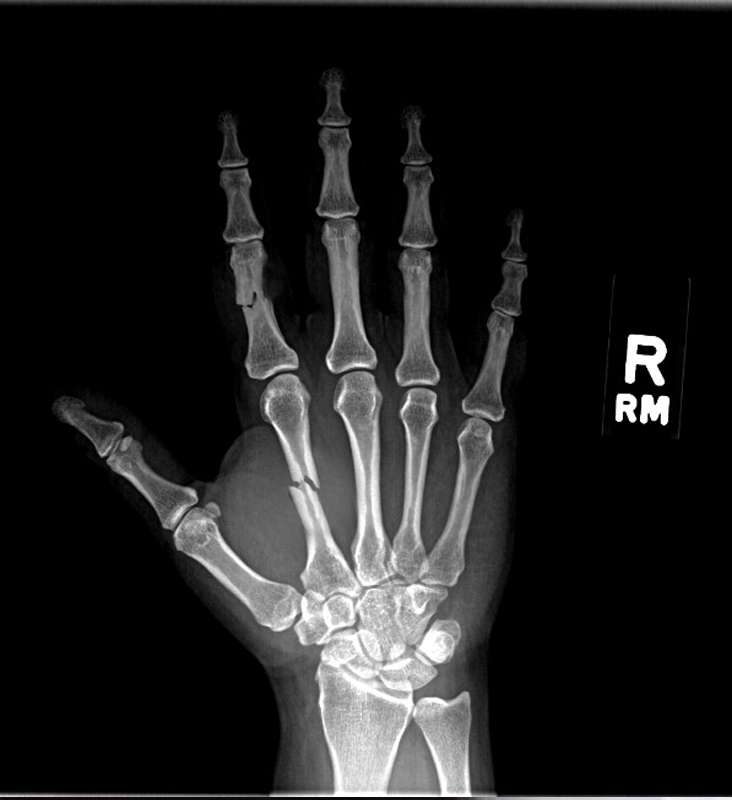 Work-related fatalities that resulted from slips, trips, and falls have continued an upward trend since 2011, and reached 849 deaths in 2016.  More than 25% of these accidents were in the tree trimming, roofing, carpentry, and truck driving industries.  2016 also saw a notable upswing of workplace fatalities among food preparation and food serving related occupations, building and grounds cleaning and maintenance occupations, installation, maintenance, and repair occupations, transportation and material moving occupations, and sales and retail occupations.  (By the way, isn’t it startling that law enforcement, firefighters, and airline pilots aren’t in these lists?)

The bottom line is, these statistics are staggering!  People should be able to go out and make a decent wage without the fear of permanent injury or death.  These numbers reflect a very high-risk work environment for just about any industry you can think of.

Unfortunately, when an employee is injured in any capacity, it not only affects their own health and livelihood, but it brings a hardship to their family and people who depend on them and their income to sustain they current way of life.  Work related injuries can lead to costly medical bills, not to mention a loss of income and future earning capacity if the injury prohibits the victim from working.  A work-related injury to a single member of a family can cause the entire family to find themselves in dire circumstances.

Luckily, victims of work-related injuries or deaths may qualify for assistance through their employer’s Workers’ Compensation insurance.

What types of injuries does Workers’ Compensation cover?

Head Injuries Such As:

Examples of jobs where an employee might be injured with a head injury such as these would be: Chemical Engineers, Scientists, Welders, Drivers, Forestry, Gymnastics Teachers, Warehouse Workers, Agriculture, or Construction Workers.

Bone & Cartilage Injuries Such As:

Examples of jobs where an employee might be injured with a bone or cartilage injury such as these would be:  House Painters, Auto Mechanics, Martial Arts Instructors, Roofers, Construction Workers, EMT Workers, Drivers, Professional Sports Players, Warehouse Workers, or Loading Dock Workers.

Muscle Injuries Such As:

Examples of jobs where an employee might be injured with a muscle injury such as these would be:  Mail Clerks, Delivery Truck Drivers, Airline Luggage Handlers, EMT Worker, Furniture Assemblers, Plumbers, House Movers, or Retail Stock Employees.

Back Injuries Such As:

Examples of jobs where an employee might be injured with a back injury such as these would be:  Nurses, EMT Workers, Drivers, Horse Trainers, Pool Cage Screeners, Motocross Race Drivers, Roofers, Window Washers, or Tree Trimmers.

Soft Tissue Injuries Such As:

Examples of jobs where an employee might be injured with a soft tissue injury such as these would be:  Drivers, Fruit and Vegetable Pickers, Fishermen, Law Enforcement Workers, Mail Carriers, Fire Fighters, or Restaurant Servers.

Loss of Body Part Such As:

Examples of jobs where an employee might be injured with a loss of a body part injury such as these would be:  Drivers, Heavy Equipment Operators, Pool Screen Installers, Sawmill Operators, Constructions Workers, Shop Teachers, Divers, Auto Mechanics, Farmers, Aluminum Workers, or Window Installers.

Repetitive Trauma or Stress Injuries Such As:

Examples of jobs where an employee might be injured with a repetitive trauma or stress injury such as these would be:  Receptionists, Secretaries, Paralegals, Stenographers, Court Reporters, Hair Stylists, Meat Packers, Digital Artists, Assembly Line Workers, or Seamstresses.

Cause or Aggravation of Stress Disorders Such As:

Examples of jobs where an employee might be injured with a cause or aggravation of stress disorder injury such as these would be:  Firefighters, Police Officers, EMT Personnel, Military Personnel, Airline Pilots, News Reporters, Senior Corporate Executives, Flight Attendants, Attorneys, Surgeons, Post Office Workers, or Small Business Owners.

Lung Injuries Such As:

Chemical Exposure Injuries Such As:

Explosion, Fire, or Heat Exposure Injuries Such As:

Exposure Infections or Diseases Such As:

Examples of jobs where an employee might be injured with an exposure infection or disease such as these would be:  Hospital Employees, Janitors, Medical Clinic Employees, Nursing Home Employees, Doctors, Daycare Workers, Nurses, Phlebotomists, Teachers, Airline Employees, Emergency Medical Technicians, First Responders, Sewage Workers, and Bartenders.

Animal Bites or Attacks or Contracting Rabies Such As:

Jobsite Death Such As:

What types of injuries does Workers’ Compensation not cover?

As evidenced above, Workers’ Compensation is in place at most jobs for the purpose of providing assistance to employees who are injured on the job.  However, if an employee is injured while on the clock, but the employee is not in the scope of diligently performing their job duties, then what?

There are actually several types of injuries that are not covered under workers’ compensation, including:

What types of benefits does Workers’ Compensation offer?

Workers’ Compensation is tailored to assist the individual needs of the injured employee.  Depending on the type and severity of your injury, your recovery time, the level of permanent disability you sustained, etc., you may be eligible for the following:

Medical Benefits – All medical bills will be paid by Workers’ Compensation if the employee is injured on the job.  Medical expenses include such things as doctors’ visits, hospital stays, surgeries, medical equipment, diagnostic testing, prescription medication, rehabilitation clinic stays, and physical therapy.

Temporary Disability Benefits – An injured employee is entitled to wage loss benefits if they are either unable to work due to their injury, or if they are forced to lessen their workload and their earning capacity is diminished due to their work restrictions.

Permanent Partial Disability – Sometimes compensation is paid to the injured employee at the end of their case for their injuries when a they are able to continue working, but only in a reduced capacity.

Permanent Total Disability – These benefits equate to two-thirds of the employee’s wages at the time of the injury.  PTD is dispersed when an employee is injured so severely that they are unable to work any longer in any capacity.  Before this type of benefit is assigned, several factors are considered, such as the age of the employee, their geographic location, the level of their job experience at the time of their injury, their physical limitations after the injury, etc.

Proverbs 16:3 - “Commit to the Lord whatever you do, and He will establish your plans.”