Romans 12:6 - “Having gifts that differ according to the grace given to us, let us use them: if prophecy, in proportion to our faith.”

Ephesians 6:1 - “Children, obey your parents in the Lord, for this is right.”

Dean Burnetti was born in Elgin, Illinois where his dad worked as a laborer for 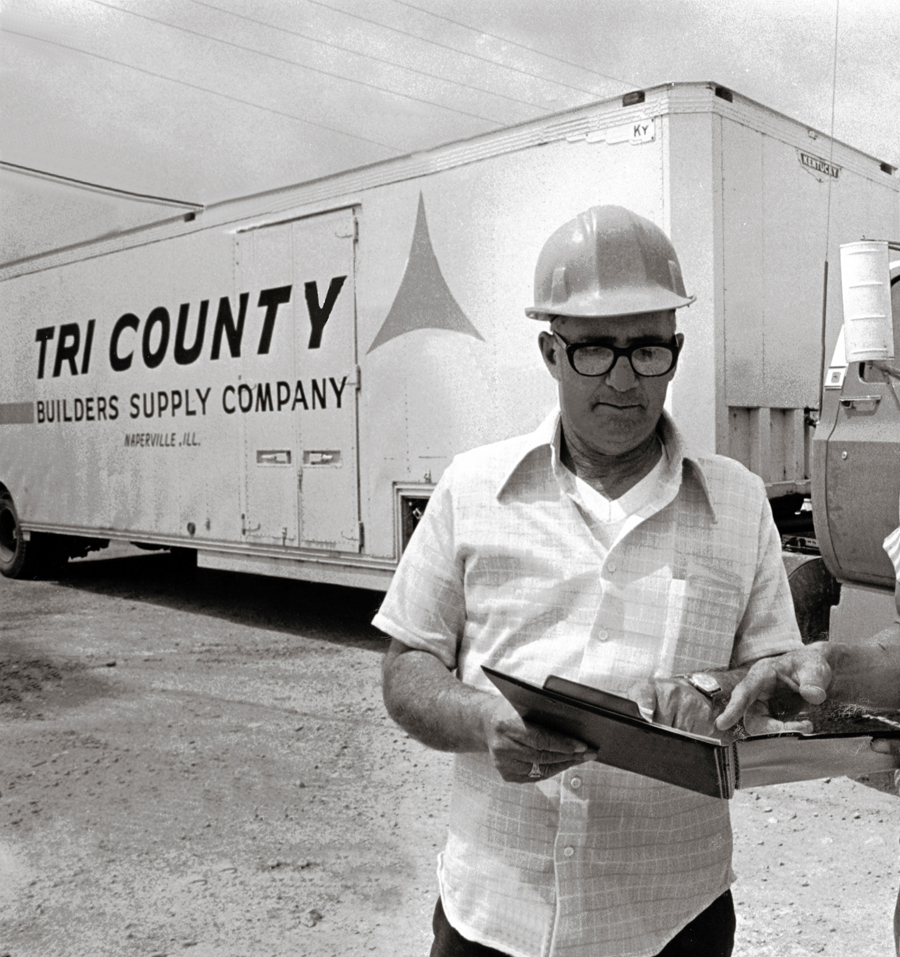 a major construction company.  When Dean was five-years old, his dad was at work when a wall caved in on him!  He sustained multiple herniated discs in his low back, but it was months before he could have surgery.  Because he had a family to support, quitting work was not an option.  The atmosphere in Dean’s home immediately following his dad’s accident changed, and Dean could sense the trepidation his parents felt.  Every day, Dean watched his dad strap on a back brace before work, despite his excruciating pain.  To this day, that vivid memory is a driving force in Dean’s endeavor to help people in need.

Joshua 1:8 - “Keep this Book of the Law always on your lips; meditate on it day and night, so that you may be careful to do everything written in it. Then you will be prosperous and successful.”

In 1968, Dean attended a church revival in St. Charles, Illinois.  At the tender age of 11, he recognized that he was being tapped on the shoulder by God, and knew that his mission in life was to serve Him.  Dean officially gave his heart to the Lord that night and has never looked back.   Since then, Dean regularly looks to God for guidance and leadership.

As Dean grew older, he immersed himself in church activities.  He played the piano and organ, and taught Sunday school.  He had a resolute faith in the Lord, and searched for a career that stimulated his service to God.

At 17-years old, Dean attended Seminary at Oklahoma Baptist Seminary in Marlow, Oklahoma, where he eventually received his Seminary Degree in Pastoral Ministries.  This was where he also met and married his life-long sweetheart, Patti.  A short time later, they had two daughters.

Upon Dean’s graduation from Seminary, the memory of his dad’s horrific injury was still as clear in his mind’s eye as the day it happened.  Because of the strong feelings stirred by witnessing his father live in such pain, Dean had an overwhelming compassion for people who were injured, and he wondered if he’d missed his calling.  After diligent prayer, Dean felt that he could better serve God as an attorney who helped people who had been injured.  So, he and his wife joined his parents who had, by then, moved to Florida, and he searched for a Christian college.

Three years later, Dean earned a Bachelor’s Degree for his double major in Psychology and Biblical Studies at Warner University in Lake Wales. He then returned to Oklahoma and attended the Oral Roberts University Law School in Tulsa where he earned his Juris Doctorate degree.

Upon Dean’s law school graduation in 1986, he returned to Florida where he passed his Bar Exam on the first try.  He received his license to practice law in the Sunshine State and was sworn in as an attorney at law.

Ephesians 6:2-3 - “Honor your father and mother that it may go well with you and that you may live long in the land.”

When he first started practicing law, Dean focused on assisting people who had been hurt on the job. He studied Florida’s Workers’ Compensation laws so diligently, that only six short years after he started working as an attorney, he aced the test that allowed him to become Florida Bar Board Certified in Workers’ Compensation.

Shortly after the new millennium, the unthinkable happened.  Dean’s beloved father was killed in an automobile accident.  The pain Dean felt was indescribable.  The man he loved most, the man who gave him life and taught him the value of hard work and a good education was gone… Ripped away at the hands of a stranger.  Dean knew the void he felt could only begin to heal if he took action that would pay homage to the memory of his earthly father while still maintaining his focus on honoring his Heavenly Father.

Dean prayed for God to show him the way, and soon, he was directed to expand the focus of his practice from only dealing with injured workers to include representing people who were injured in all types of accidents.  While he maintained his Board Certification status in the field of Workers’ Compensation, he diligently immersed himself into learning all he could about various types of civil litigation and personal injury laws and practices outside of the Work Comp arena.  In 2013, he, once again, passed the Florida Bar’s extensive test and became Florida Bar Board Certified in Civil Litigation.

A Different Kind of Law Firm

From the very first law firm Dean worked in after he was admitted to the Florida Bar in 1986 until the third firm he worked in 2013, he worked diligently and was a named partner and/or part owner.  In  2013, he took a hiatus from law firm ownership to concentrate his focus on starting a new kind of law firm – one where he would be able to use his talent at practicing law and couple that with his passion of serving God.

In February of 2015, Dean opened the doors to Dean Burnetti Law, a Christian Law Firm.  Here, he not only uses the law to help injured people seek the justice the deserve, but he uses his law firm as a medium to share the Word of God.  Nearly every day, Dean publishes a Devotion (at http://www.todaysdevotion.com/), which is a story about how Christ has touched him in some way in his every day life.  He frequently gives Bibles to clients when their cases settle, and he often takes the time to pray with them about any of their needs, even if those needs are unrelated to their legal case.

Besides sharing God’s Word, Dean uses his Foundation to feed and clothe the hungry, provide aid to sick children and their families, provide car seats to financially-challenged new parents, and to promote community awareness.  For more information please visit our “Paying It Forward” page.

Colossians 3:23 - “Whatever you do, work at it with all your heart, as working for the Lord, not for human masters.”

Now, Dean is double Florida Bar Board Certified in the areas of Civil Trial and Workers’ Compensation Law, meaning that the Florida Bar recognizes him as a specialist in these areas.  In the State of Florida, Florida Bar Certification is the highest level of evaluation to test the skill, knowledge, proficiency, aptitude, professionalism, and experience of its attorneys in any of the two dozen areas of law that are approved for certification by the State Supreme Court.

In fact, Dean is ONE OF ONLY FOUR attorneys in the entire State of Florida who is Board Certified in both Civil Litigation and Workers’ Compensation!

To date, Dean has practiced law in the greater Polk County area for 33 years. For nearly two decades, he’s concentrated the focus of his career on the field of civil litigation, including jury trials.

Psalm 119:66 - “Teach me knowledge and good judgment, for I trust your commands.”

Micah 6:8 - “He has shown you, O mortal, what is good. And what does the Lord require of you? To act justly and to love mercy and to walk humbly with your God.”

Ephesians 5:25 - “For husbands, this means love your wives, just as Christ loved the church...”

Dean has been married to his lovely wife, Patti, for 43 years, and they reside in Auburndale, Florida. Their two daughters have grown and married, and between them, they have given Dean and Patti twelve beautiful grandchildren. (Yes, twelve!)

Genesis 1:28 – “And God blessed them, and God said unto them, ‘Be fruitful, and multiply, and replenish the earth...’”

Besides being an active member of his church, reading and studying the Bible, and finding new ways to share the Word of the Lord, Dean enjoys the following hobbies:

*Dean still lives by the Boy Scout Oath he took years ago: “On my honor I will do my best to do my duty to God and my country and to obey the Scout Law; to help other people at all times; to keep myself physically strong, mentally awake, and morally straight.