Ecclesiastes 3:1 - “To everything there is a season, and a time to every purpose under heaven...” 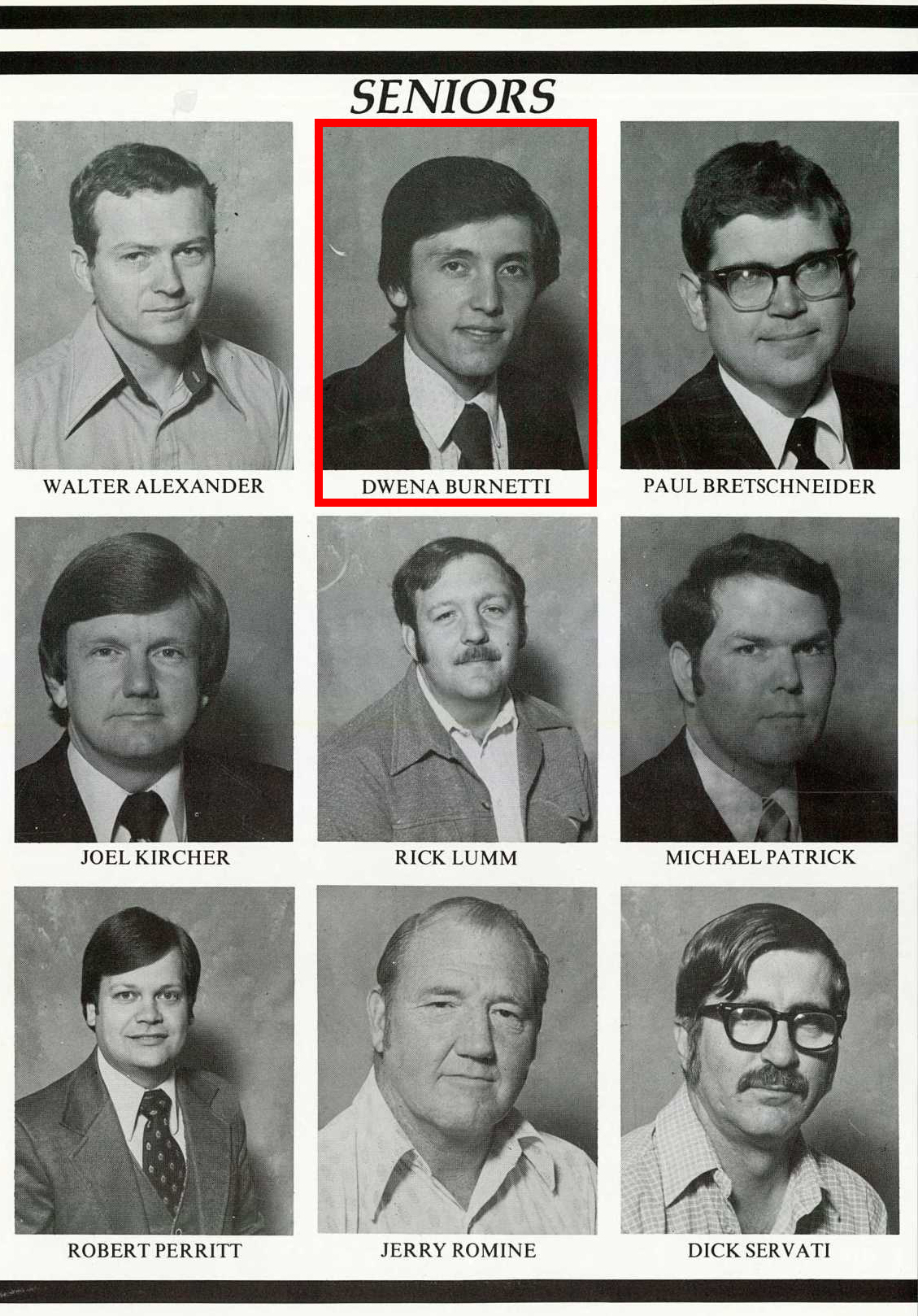 During the years Dean attended Seminary in Oklahoma, his parents and siblings moved from his childhood home in Elgin, Illinois to the Central Florida area where his dad opened a convenience store.  So, after graduation, as Dean and his wife moved to Florida to join his family, he started wondering if he’d missed his calling, and decided that he could better serve God as an attorney who helped injured people.

Dean diligently searched for a Christian liberal arts college, and in an amazingly short three years, in 1983, he graduated with a Bachelor’s Degree, holding a double major in Psychology and Biblical Studies from Warner University in Lake Wales.

He then followed his heart back to Tulsa, Oklahoma where he attended Oral Roberts University’s O.W. Coburn School of Law (named after donor Orin Wesley Coburn, the founder of Coburn Optical Industries and the father of future U.S. politician Tom Coburn) and earned his Juris Doctorate degree in the graduating class of 1986.

However, his graduation from that particular law school almost wasn’t!

The problem was not with Dean – in fact, his work there – and his grades – were exemplary.

The Oral Roberts University O. W. Coburn School of Law opened in 1979.  (Some of its professors included Anita Hill [who became a national figure in 1991 when she accused her boss, U.S. Supreme Court nominee Clarence Thomas, of sexual harassment], Herb Titus [a 1996 candidate for Vice-President of the United States on the Constitution Party ticket], and John W. Whitehead [founder of the Rutherford Institute].)

The law school was described as an “unusual educational experiment: a law school rooted in charismatic Christian belief.”

The school’s dean, Charles Kothe, wrote in the first edition of its law review, The Journal of Christian Jurisprudence, “We hope to guide our students to a deeper understanding of their spiritual gifts and of their place in God’s kingdom…. The aim is to train the next generation of legal minds to integrate their Christian faith into their chosen profession and to restore law to its historic roots in the Bible.” 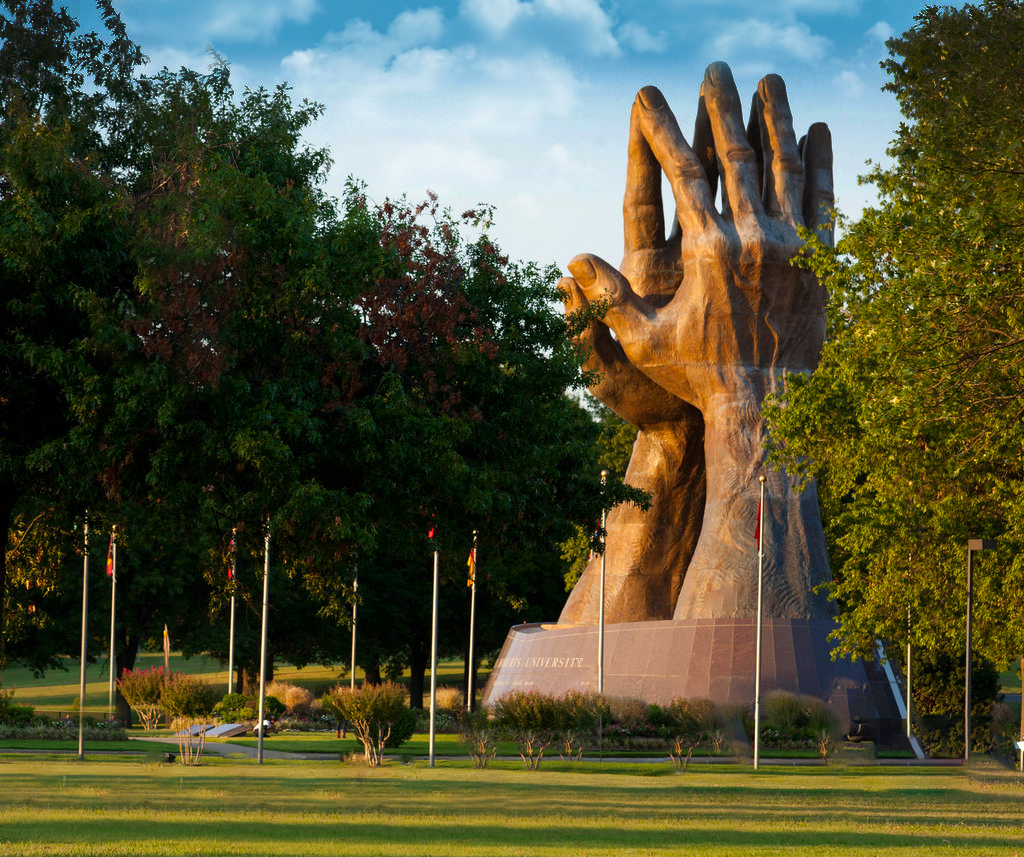 Despite the school’s wonderful intentions, it was off to a rocky start.  In May of 1981, the American Bar Association (which provides accreditation for U.S. law schools) denied the school’s initial application for provisional accreditation.  Oral Roberts University’s requirement that students must take an oath of religious faith was considered to be contrary to the American Bar Association’s Standard 211, which states: “A law school shall foster and maintain equality of opportunity in legal education, including employment of faculty and staff, without discrimination or segregation on the basis of race, color, religion, national origin, gender or sexual orientation, age or disability.”

The school sued the American Bar Association, claiming that the denial was a violation of their First Amendment rights.  A judge enjoined the American Bar Association from denying provisional accreditation, ruling that their role in accreditation is equivalent to a “state action,” and that Standard 211 denied a private institution’s right to freedom of religion without any restrictions by the state.

However, in August 1981, after a spirited debate, the American Bar Association’s House of Delegates voted 147 to 127 to amend Standard 211 to add a clause including the phrase: “Nothing herein shall be construed to prevent a law school from having a religious affiliation and purpose and adopting policies of admission and employment that directly relate to such affiliation and purpose so long as notice of such policies has been provided to applicants, students, faculty and employees.” Coburn was then granted provisional accreditation.

So, two years later, when Dean Burnetti joined the law school’s alumni, he had no idea that he would be among the last to pass through its halls as an O.W. Coburn School of Law graduate.

You see, in 1986 – the very year that Dean graduated – the law school closed!  Its 190,000-volume law library, as well as 5 professors and 23 students, then moved to televangelist Pat Robertson’s CBN University (now known as Regent University) in Virginia Beach, Virginia.

Since the new CBN law school was not initially accredited (and didn’t even receive provisional accreditation until 1989), students graduating in the spring of 1987 were allowed to state that they actually graduated from Coburn in order to be listed as graduating from an accredited school.
Besides Dean Burnetti, another noteworthy graduate of the O. W. Coburn School of Law’s Class of 1986 was (former) U.S. Representative Michele Bachmann (2007 – 2015) who began attending Coburn the first year it opened in 1979 and graduated (along with Dean) as part of its last class in 1986.  (In between, she took a four-year hiatus that began before the birth of her first child.)
The Minneapolis Star-Tribune published some opinions from Bachmann’s former classmates and colleagues …  “I always thought she was a very serious student,” said Dean Burnetti, a personal injury lawyer in Florida who was one of about 70 members of Bachmann’s graduating class in 1986. “She was that type, always on that front row and always attentive… It was a real shocker for me to show up and hear people speak in tongues in chapel.  It was a very exceptional place to go to school.”  He described a Pentecostal campus resplendent with Oral Roberts’ Christ’s Chapel and the 200-foot-tall Prayer Tower. “Many faculty members were devout Christians, and certain classes mixed Biblical values with legal principles,” Burnetti said.  ”Home schooling and the right to life were two of the hottest causes.”

In an Alternet interview, Dean Burnetti described Bachmann as “brilliant” and a “very gifted, very talented, very smart girl.” When asked whether he could see now how her O.R.U. education influenced her, he responded, “There’s no doubt in my mind that has an influence and will have an influence on everything that passes through the filter of her conscience and life. It will be filtered through the principles she has used in the joining of the Bible and her Christian faith and beliefs and the use of the Constitution.”

You see, if Dean would have waited until he was 18 to go to Seminary, or if he would’ve taken four years rather than three to obtain his Bachelor’s Degree from Warner, he wouldn’t have the honor of graduating from the last class of Oral Roberts University’s short-lived O.W. Coburn School of Law in Tulsa, Oklahoma.  And if he’d have followed the school to CBN in Virginia Beach then had to deal with waiting for and straightening out the accreditation issue, who knows where he’d be today?

And who (besides God) knows what the alternative outcome of the clients he’s helped would be if it wasn’t Dean helping them when he did?  That just goes to show you how God’s perfect timing is more wondrous than we mortals can ever plan for!